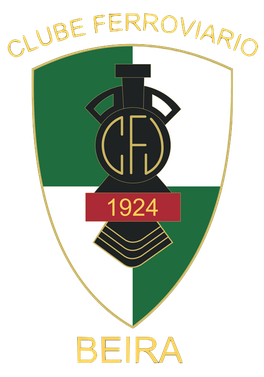 Clube Ferroviário da Beira (in English: Railway Club Beira) is a basketball club from Beira, Mozambique. The team plays in the national Mozambican Basketball League and has won the national championship three times.

The team played in the Basketball Africa League (BAL) in the 2022 season.

Founded in 1924, Ferroviário da Beira has played in the Mozambican Basketball League for most of its existence. From 2012, the team won three consecutive league championships.

Ferroviário team played in the 2018–19 Africa Basketball League. In the fall of 2021, they played in the qualifiers of the Basketball Africa League (BAL) for the first time. On December 10, 2021, the team qualified for the 2022 BAL season after defeating Cape Town Tigers in the semi-finals. In its debut season in the BAL, Beira finished in the fifth place in the Sahara Conference with a 1–4 record. On 8 March 2022, the team won its first game in the league after defeating hosts DUC 98–92.